Would you compute push tips in the yield calculation? 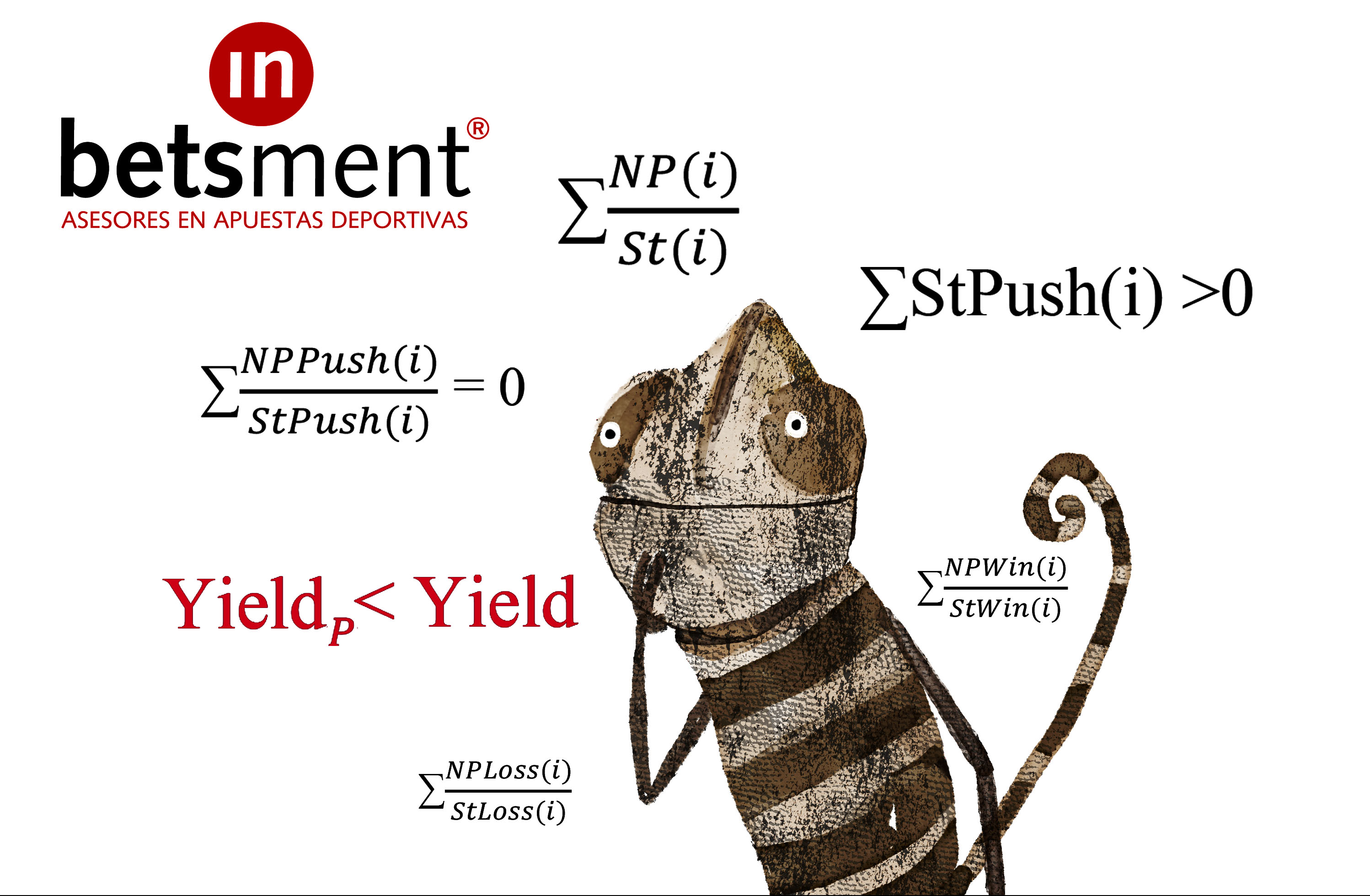 In this article we are going to show all points of view about this topic.

Do you think it is fair to eliminate the push tips of a tipster when calculating the Yield?
Is it an "artificial" way to raise the Yield? Would you discriminate depending on the kind of push (draw no bet, partially push bets, retired players, game suspension, non-participating horses, etc.)?

Beforehand, it seems that we are facing with a series of fairly simple and concrete questions, so we can think that there are some answers with those same characteristics. However, you can approach the issue from different points of view and this leads to all kinds of opinions. Even if you want to deep in the topic, you can write a lot of about it.

A first question that, perhaps, we should ask ourselves to approach the question is:

What we want to analyse with the yield? What is it for?

If two people want to compare which of their strategies is better through net profit, they would not be doing it right. We must take into account the money that risked one and another to reach that net benefit. The yield is a measure that allows comparing both strategies eliminating this bias. Specifically, the yield expresses how much money we have earned based on what we have bet. It is calculated by dividing the sum of the net profits in the bets by the sum of the bet amount.

Returning to the main question of this article: if a tip is push, does it make sense to compute it in the yield?

Many people think: "If I placed the bet, why not?" That money has been risked and depends on the outcome of a bet. The result has been that you recover the amount, but it could not have been like that and you had no control over it, just "chance". Here the key seems to be in considering that the bets have one more possible scenario, not only loss or win, but also can be push.

On the other hand, there are people who think that we must discriminate according to the reason why it is null.

Are the following situations the same?

- A horse retires before the race

What do you think?

Given this question, we believe that there are, mainly, three points of view:

a) The one who thinks that it's the same situation, argues that in both cases he placed the bet and there was no turning back. He has risked his money.

c) Finally, there are people who think that push picks should not be considered in the yield in any case. The main argument in favour of this is that the money is reimbursed. They do not consider the null as one more scenario of the "random variable".

If we try to deep in this discussion, the following question can be asked: If a DNB (draw no bet) is not computed in the calculation of the yield, then, in a half win handicap 0.0,+ 0.5, do we compute only half of the stake? In fact, these are two bets separately, each one of them, with half of stake. One of them win and another push.

Another argument against this opinion of not computing pushes, is to show the hypothetical (and caricatured) situation of a betting tipster specialized in the DNB market, who sends his picks in the 90th minute of those football matches in which both teams are drawing at this moment. Perhaps, more than 90% of his picks will be push, since the final result will be the same. In this case, do we remove all the picks from the yield calculation? But we are investing time and money in placing all those picks, right?

And one last question: if we remove all the pushes from the yield, should we also remove them from the number of picks? Imagine what could be this hypothetical tipster with 1000 picks published and 950 pushes. We will see in their official statistics 1000 picks and a yield of 20%, calculated in that way. Strange? Fair?

What do platforms and tipsters do about this?

Most, but not all, eliminate nulls from yield calculation. We can only know their argument if we talk to the responsible of each site. Perhaps they have strong arguments in favour of it, and believe that it is the fairest way. Or maybe they have never considered this question. Or maybe yes, but in case of doubt, the yield takes a bias to the upside and that helps sell...

In InBetsment, we do not have a very clear position regarding the discussion. We understand the arguments in both directions but it is true that the arguments supporting the fact that the pushes have to be computed in the yield weigh a little more, except, perhaps, very particular cases, such as the non-disputed events (retired horse or postponed games, mainly).

Although our yields are being penalized against those from other platforms/tipsters, who do not compute the pushes in any scenario, we believe that we are doing "the fairiest".